Periodontal disease, also known as « gum disease » or loosening of the teeth, is bacterial infection which destroys tissues surrounding the tooth. 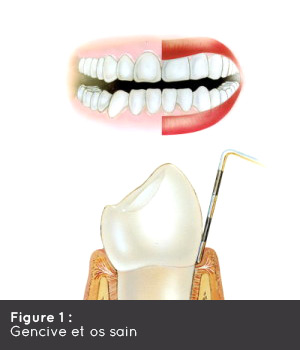 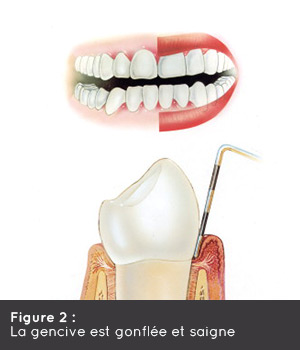 There are two types of periodontal disease : :

In most cases of periodontitis, plaque is present beneath the gum, which worsens inflammation. Eliminating this plaque requires root planing 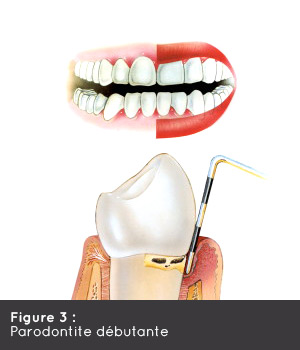 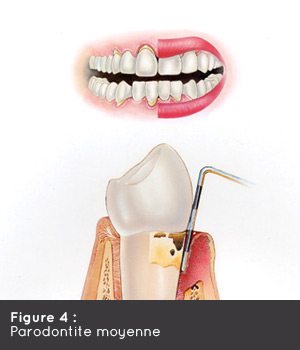 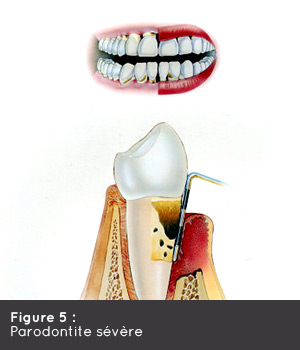 Periodontal disease may remain painless until it reaches an advanced stage. If left untreated, it can lead to :

Periodontal disease is triggered by dental plaque, which contains bacteria. Proper brushing eliminates a whitish film, called plaque, which forms on your teeth. If this film is not eliminated, it accumulates and hardens into a crusty deposit called tarter. If this adheres to the roots of your teeth, it can be removed only with root planing.

If not removed, accumulated plaque will irritate the gums, leading to an infection which may ultimately destroy the bone that supports your teeth.

When tarter and plaque infiltrate under the gums and adhere to the roots, it forms a space called a periodontal «pocket». Tooth brushing cannot eliminate plaque bacteria in this pocket. The further the disease progresses, the bigger and deeper the pockets.

Periodontal disease is different depending on the individual patient and on various factors :

Mondays, Tuesdays, Wednesdays and Fridays
from 8am to 12:30pm and 2pm to 7pm.
Saturdays, from 8am to 1pm